*Results are based on a comparison with Samsung PCIe 3.0 NVMe SSDs and SATA SSDs. 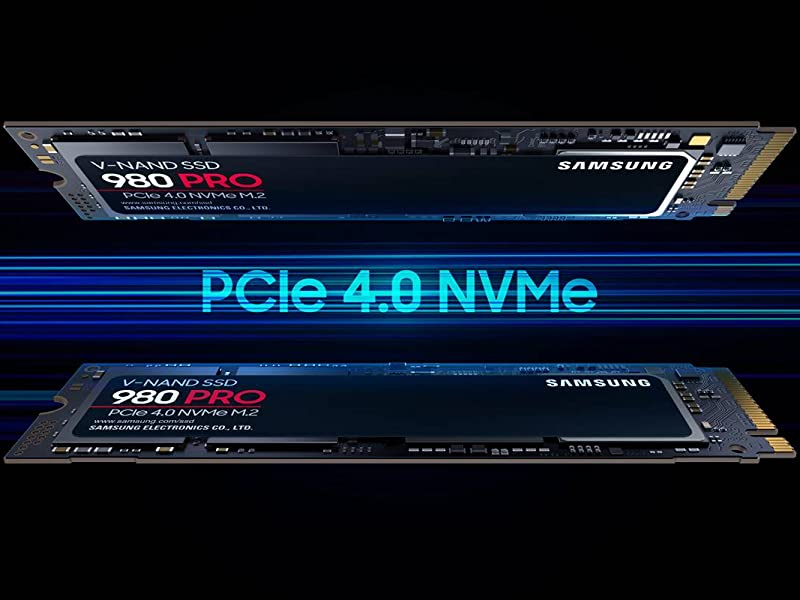 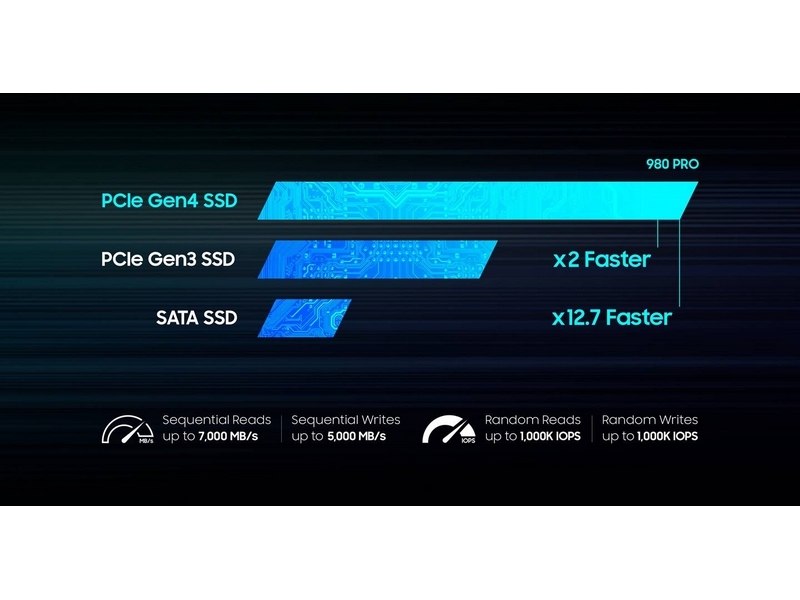 Get read speeds up to 6,400 MB/s¹ with 980 PRO and push the limits of what SSDs can do. Powered by a new Elpsis controller designed to harmonize the flash memory components and the interface for superior speed – with a PCIe 4.0² interface that’s 2x faster than PCIe 3.0 SSDs³ and 12x faster than Samsung SATA SSDs⁴ – every component of this NVMe SSD is manufactured by Samsung for performance that lasts.

Designed for hardcore gamers and tech-savvy users, the 980 PRO offers high-performance bandwidth and throughput for heavy-duty applications in gaming, graphics, data analytics, and more. It's fast at loading games, so you can play more and wait less. 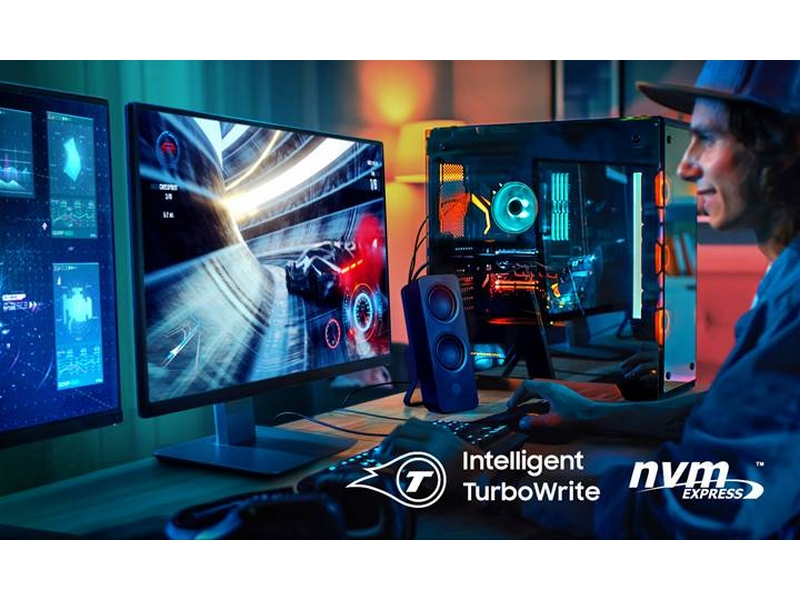 The 980 PRO comes in a compact M.2 2280 form factor, which can be easily plugged into desktops and laptops. Due to its size and thus optimized power efficiency, it’s ideal for building high-performance computing systems.

Embedded with Samsung's cutting-edge thermal control algorithm, 980 PRO manages heat on its own to deliver durable and reliable performance, while minimizing performance fluctuations during extended usage. 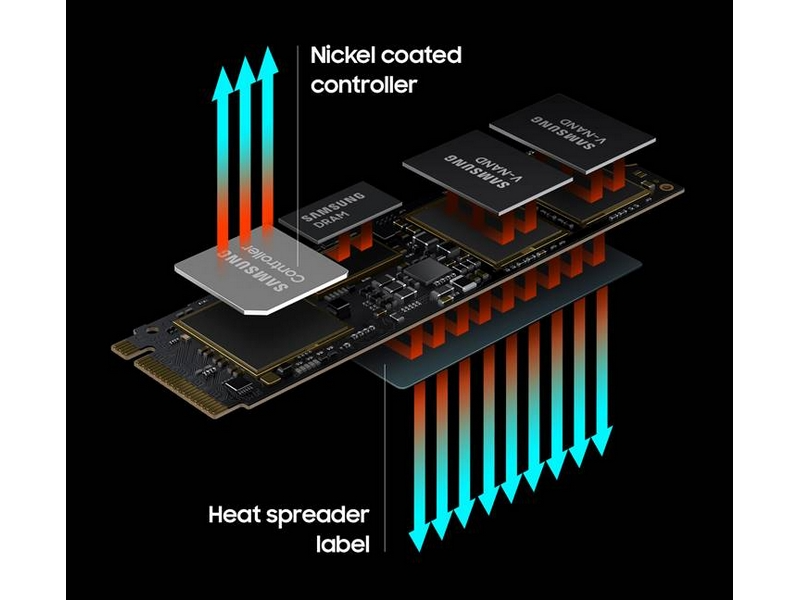 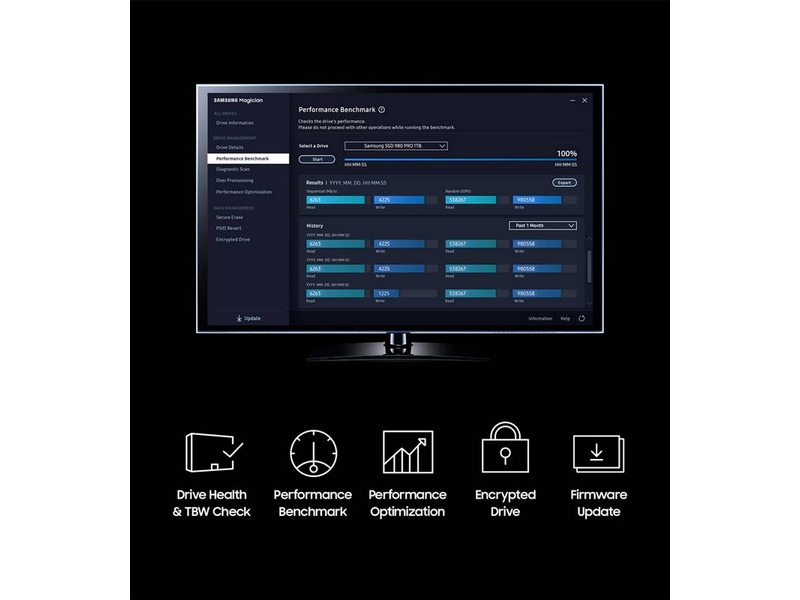 Unlock the full potential of 980 PRO with Samsung Magician's advanced, yet intuitive optimization tools. Monitor drive health, optimize performance, protect valuable data, and receive important updates with Magician to ensure you're always getting the best performance out of your SSD.

¹Performance may vary depending on the SSD’s firmware version and the system hardware & system configuration. Performance measurements are based on IOmeter 1.1.0. The write performances were measured with Intelligent TurboWrite technology being activated. The sequential write performances after Intelligent TurboWrite region are: up to 500MB/s(250GB), 1,000MB/s(500GB) and 2,000MB/s(1TB).

²To maximize the performance of the 980 PRO, please check whether your system supports PCIe 4.0 at the Intel or AMD website.

³Results are based on a comparison with Samsung PCIe 3.0 NVMe SSDs and SATA SSDs.